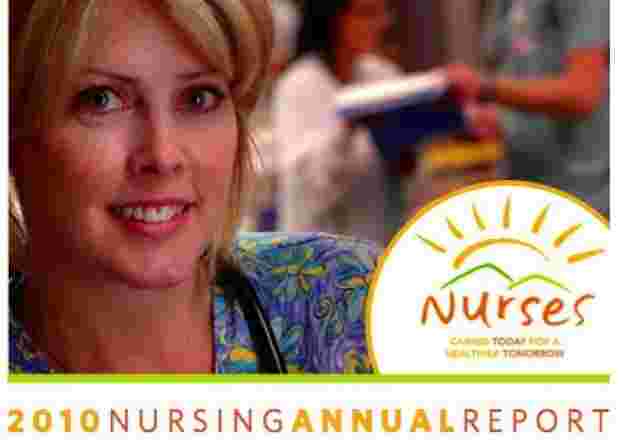 In 2010, I wrote the Nursing Annual Report for Shawnee Mission Medical Center in Overland Park, Kansas (I also wrote the 2008, 2009 and 2011 reports). The report is published each year in late April to coincide with National Nurses Week, which runs from May 6 to May 12 (Florence Nightingale’s birthday). Among other things, it is used as a recruiting tool for new nurses. For the 2010 report, I wrote five articles of varying lengths, and also worked with Sheri Hawkins, Nursing CEO, on crafting her letter for the front of the report. The primary focus of the 2010 report was patient safety, including topics like bedside communication and fall prevention. My favorite piece to write was about simulation drills in the perinatal and progressive care units using a high-tech medical mannequin. Download that two-page story – or take a look at the full report to see the complete package.